About My Life My Health

At My Life My Health we are passionate about supporting our clients to holistic health. This means more than just treating illnesses. It’s about fueling our bodies better and supporting our systems to work exactly as they’re meant to work.

Our bodies are designed to produce all of the energy we need to live a full, active and fulfilling life. But too often people find themselves feeling unwell, lethargic, exhausted and faced with a whole range of illnesses and health complaints.

While we work with you to treat illnesses and overcome your health challenges, we look at the bigger picture and support you to get your body and health to peak condition.

This isn’t a one size fits all approach. It’s about understanding your body, your lifestyle and your challenges. We develop a practical plan that supports your needs, using methods and products that are backed by the latest evidence-based science and research.

We are passionate about leading the way in healthcare for all our customers, patients and clients.

Wickham House, a beautiful five-storey building, was built in 1924. Known as “Windmill Hill” to residents during the 1840s and 1850s, the Wickham Terrace area was subdivided during 1856 and sold to wealthy citizens. Following the first land sales along the terrace, houses began to be built. With its elevated location so close to the city, the area soon became popular for professional and business families.

Wickham Terrace was evolving into an area of boarding houses and homes, schools, clubs and medical rooms.

Doctors were living and practising on Wickham Terrace as early as the 1860s. One of the first was Dr Joseph Bancroft, who occupied several houses including Athol Place, Inchcolm and Carlton House. During the 1880s, many doctors and their families moved onto Wickham Terrace, however, by the end of World War 1, doctors became more specialised and started setting up rooms on the Terrace, moving their families out to the suburbs, separating their place of work from their home.

A medical entrepreneur, Dr ACF Halford, commissioned architect FR Hall to design a building for consulting rooms for medical specialists. On January 6, 1923, Hall called for tenders for the construction of ‘… professional flats at the corner of Wickham Terrace and Upper Edward Street …’ Built by FJ Corbett, Wickham House was opened in July 1924. Allan Oxlade was the decorator and the joinery and floor lino were supplied by James Campbell and Sons Ltd. The building was featured in the Architectural and Building Journal of Queensland on July 7, 1924.

Wickham House was part of the interwar redevelopment of the medical precinct along Wickham Terrace, which included Brisbane Clinic, Ballow Chambers, Inchcolm and Craigston. Their construction constituted the second phase, the first being in the 1880s, of the Terrace’s growth as a medical precinct. The attic roof was a later addition to the building in the 1960s.

Wickham House continues to accommodate medical specialists, maintaining the purpose for which the building was designed and constructed. 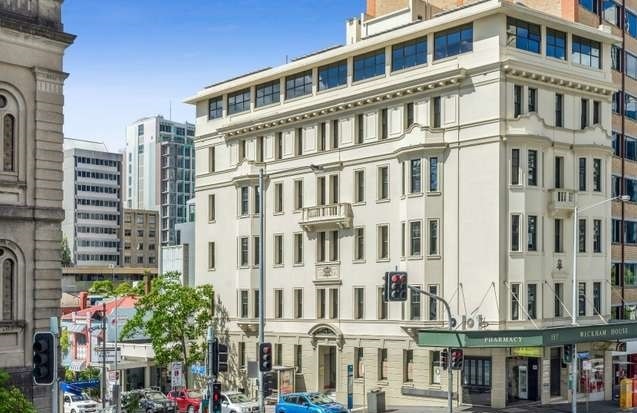